A downloadable game for Windows

Check out the the latest devlog and check out the bottom of the page for information about the current demo.

VolleyShot is a fast-paced volleyball/shooter hybrid. Players participate in volleyball-style matches using a long primary shot and a secondary shot that acts like a "set" to out-skill the opposing team.

Upon release, VolleyShot will feature single player play with AI, local split-screen play, online matches, and at least six courts. With the option to mix those courts with different gravity settings, ball types, and intensity settings, no two matches play exactly the the same.  To get a better idea, check out this video on the basic court (it's pretty old):

A  demo for VolleyShot is available here on itch. It's a bit outdated.  A new demo and release should be ready in 2021.

Mechanics
If you have ever played a first person shooter, you should feel right at home in VolleyShot. The core mechanics are intentionally simple, but designed to build depth as they are learned and eventually mastered. Players have two main abilities: a long shot and a set shot.

The long shot is the blue primary shot that travels in a straight line, bouncing off of walls until it either hits the ball, is caught by the middle boundary, or dissipates after a few seconds. The long shot will impart its energy directly into the ball, sending it flying or breaking the drive from the enemy team.

The orange set shot, named after the set maneuver in volleyball, has very limited range and recharges more slowly than the long shot. This shot effectively negates the ball's velocity while raising it in the air a bit. It can be used to stop a fast-moving ball, to set up a spike, and as a last-ditch effort to keep the ball from hitting the court surface.

Other than the shot types, the other player ability is the jump. In addition to a regular jump, you can push off of walls or, in lower gravity, the ceiling. For the wall jump, the faster you are moving upwards, the more of a boost you will get.

Modes
There are currently three modes of play in VolleyShot: Score, Time, and Practice. Score matches end when a score limit is reached. Time limit ends when the timer expires. In the event of a tie, the game will go into overtime and the first team to break the tie wins.

In Practice mode there are no limits, no Return Timer, and the ball is automatically bounced to the other side upon hitting the court surface. Players may also freely change certain settings - including the game speed - from the pause menu.

Options
In addition to setting up teams, courts, and win conditions, there are three main settings to mix-and-match that affect gameplay.

Intensity - While it is the closest thing to a difficulty setting VolleyShot has, don't think of it that way. It mainly affects the ball's maximum velocity, but it greatly changes the way the game plays.

Ball Size - There are three different ball sizes: the normal yellow ball, the big green ball, and the small red ball. Their sizes don't just affect your chances of hitting them, they also affect their physics.

Gravity - There are five gravity settings, all based on the actual gravity of objects in our solar system: Earth, Uranus, Mars, The Moon, and Pluto.

A note about the demo and release plans (updated 08/01/2020): The current Public Demo is version 0.0.016 and was released on March 6, 2018. It currently features two courts: Gym and Wave.  VolleyShot is set to release in or before 2021. A new demo should be available before release. I'm still trying to figure out which content to include in the demo, but it will likely have 2-3 courts with multiplayer functionality and possibly a time limit. I'm no longer planning on making this Early Access. Instead, it will release as-is with more courts after release, and any sort of balance and bug patches released afterwards when ready. Bug fixes are the obvious priority (although I'm trying my best to avoid them in the first place!) I know this has taken a long time and I appreciate you hanging in there.

See the readme file for installation instructions and notes about the pre-alpha demo. Some anti-virus programs might pick the launcher up as a virus. It is not. You can ignore these warnings or simply delete the "VolleyShot Demo.exe" and use the VolleyShot.exe in the WindowsNoEditor folder. This will be fixed in the next release.

The update now makes my computer detect it as a Trojan virus :(

Unfortunately this is a false positive with the shortcut .exe used to launch the game. There is no actual virus. You can safely either ignore it, add it to your trusted list, or delete it and use VolleyShot.exe in the WindowsNoEditor folder. Sorry for the inconvenience. This will be replaced in the next update.

This game has a lot going for it. All it needs is some attention from the big LP'ers and it's going to the moon.

Did a little review on your game (or you call it a preview) to tell our fans.

Thanks for playing, and thanks for the great write-up! I'm working hard to get the word out, and assuming my power comes back, this week is my big push to Let's Players and Streamers. Oh, and a teeny correction: the current version does have local multiplayer. Thanks again!

Fixed! Sorry about that! Don't know how we missed that one >.>.

No worries, friend. What's your actual e-mail address? (Don't post it here, shoot it to me directly)

Hmm...I can't figure how to PM  you on this site. Is it even possible or am I just a noob?

Regardless, if you want to still get in contact, you can send an email to me at our site using the contact page just saying "hi. it's me volleyshot." Multiple people run the site, but I'll know it's you and I'll get in touch with you directly =].

Saw u post about ur game on a 4chan board, didnt expect to see it on itch.io lol, a lot of people took a shit on you because it looked crappy and basic but its actually not a bad game

Actually of the few times I posted on 4chan, feedback was unusually positive. So I consider myself fortunate for that. Thanks for checking out the game!

Reply
Raithias4 years ago
I'm used to shooters but, for some reason couldn't get the hang of this. Tried all different types of techniques also tried to lower the mouse sensitivity since I thought it was too touchy but, to no avail this game just seems too hard for me. Not sure if others are having a hard time or not it seems even when I make "contact" with the ball it doesn't do anything!
Reply
Kid Ying4 years ago

Sorry the game is giving you some trouble. I recommend trying to keep your aim just ahead of the ball. Waiting for the ball to come to the cross hair is an okay strategy, but only works when you don't lose sight of the ball. Also remember that the orange shot has a very limited range. You can also play in the practice mode and lower the game speed to get a better feel for aiming.

In general, if you can play games like Quake or Counter-Strike, adjusting to VolleyShot shouldn't be too difficult, even if you're using a controller. Thanks for playing, and keep practicing!

i cant download the unreal 4 prequisit files, it just does nothing. and i think i let the download go for long enough, it was downloading for 2 hours.

Unfortunately I can't try to replicate this issue, as we've lost power in my area and I can't access my PC. In the meantime, you can try to manually install them using the steps in this article: http://help.epicgames.com/customer/portal/articles/2289966-prerequisites-have-fa...

Sorry for the inconvenience!

No problem, thanks for the reply

Hehe , i remember this from the old cs maps ^^

If you mean the Bedroom court,  I can't take credit for any of the CS ones... but I did make a bunch of those for Unreal Tournament, TF2, and Left 4 Dead.  :)

Oh i'm sorry i meant as in the game reminded me of some old custom maps we used to play way back in cs 1.4-1.5 or so
basically the same concept but then there were like 6 people with ak4s and deagles shooting a ball hehe ^^

Oh interesting! I did a lot of googling for things that might be similar, but didn't come across that. I'll have to see if I can find it and check it out.

Do you have a discord, subreddit, google group, or any other forum for discussing the game, reporting bugs, and suggestions?

I just set up a discord: https://discord.gg/3GfgrEC 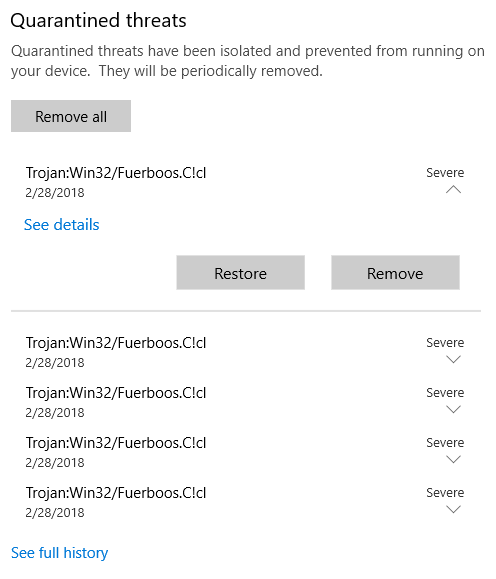 I played the game just fine on Epic setting at 40fps. I close the game and open it up again and I get 15fps on good. So I reinstall the game and Windows now detects it as a trojan virus. UPDATE: I allowed the game from the Windows defender menu. However it only registers as a virus with "VolleyShot Pre-Alpha Demo.exe" but not "VolleyShot.exe"

UPDATE2: I'm not sure if this was the problem or just solved it but I changed the resolution scale and the game runs well now.

I do not know why Windows is flagging the game as a virus for you. This is something I take very seriously. I have scanned all demo files, as well as my development files, and have not found any virus.  I even re-downloaded the game from itch and scanned that - nothing. This leads me to believe that there may be something else on your system that is infecting VolleyShot.

I highly recommend downloading a trusted third party virus protection suite and performing a full scan of your system. Let me know if this helps!

As a follow up, apparently it is not uncommon for AV software to pick up Unreal Engine 4 games as a false positive. But this doesn't explain your frame drop, so I still recommend a system scan with something like Avast.

Thank you for the additional information. After doing some research, this appears to be a false positive for the program used to generate that shortcut executable. It is harmless, but it isn't needed for the game so I will remove it in the next update anyway. If it makes you more comfortable,  you can delete it and run the game directly with the VolleyShot.exe in the WindowsNoEditor folder, like you mentioned. Thanks for helping to solve that, but I still don't know how to explain your drop in FPS. Is that still occurring?

Hey! I checked out your game volleyshot! I really enjoyed it! I could see this game being very successful when released and been noticed by more larger people. So far I've had no issues playing the game yet but I really enjoyed that you can play local with controller as well. Good luck to your game and your future!

Hey thanks for the feedback! Glad you had fun with it, and I enjoyed the LP.  And hey, there's no shame in playing on Light. ;) 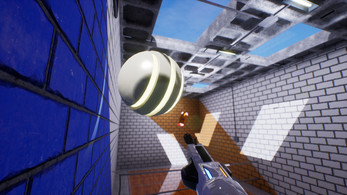 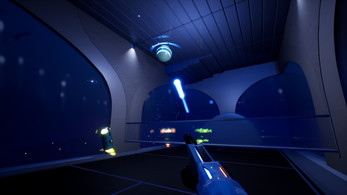 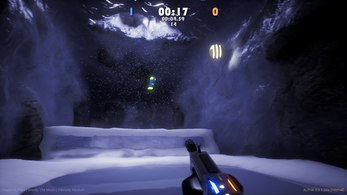 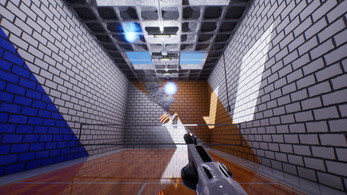 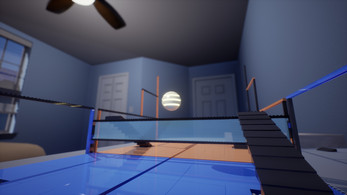 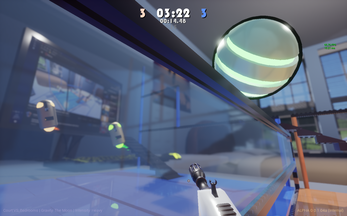 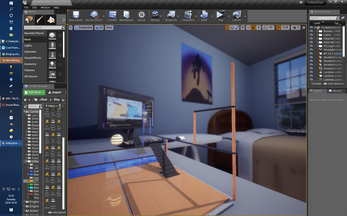 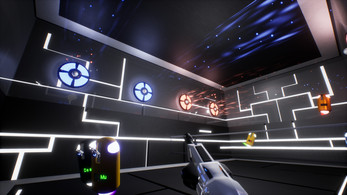 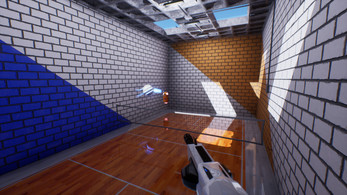 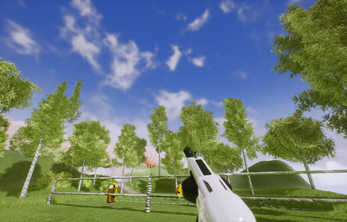